The final tapir…and the penultimate chapter in our Ecuador recaps! Sad.

We caught a third tapir just a few days after we found Fayna. And it was a male!! We had a world-renowned reproductive specialist from the Smithsonian Institute with us and he came specifically to collect semen from a wild male mountain tapir. You can imagine how excited we were to hear that we had caught a male!

Meet Ñapi!!!! This guy had incredible stamina and he ran around and into the lagoon for a really long time before the trackers could catch him. It was the first time I’d seen a wild tapir swim and it was just an incredible experience. The trackers caught Ñapi in a really difficult to reach area. So difficult in fact, I had to climb up on a steep cliff side and have our tracker Melchor lower me down the other side by just a rope around my waist!!! I won’t lie, I was scared and when I lost my footing and slipped I definitely screamed. But Melchor, even in his 60’s, was just amazing and easily lowered me and my pack about another 15 feet just with his own strength! I was just dangling like a rag doll and had quite the adrenaline rush once I reached the bottom. Dr. Wolfe and I are the little specs on the side of the cliff here before I got lowered down.

Dr. Wolfe and I began to work on the animal while the rest of our team traversed the crazy trek we had just completed. 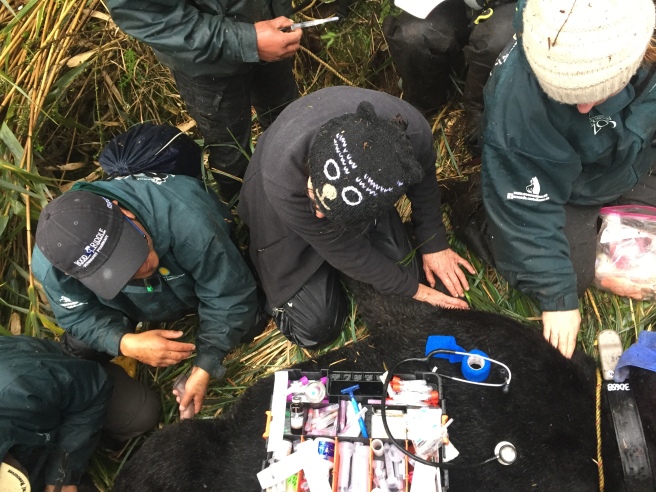 Once the whole team made it, we tried to collect the all important semen sample, however we were unsuccessful. It was an incredibly challenging location to do the procedure and we were lucky to get all the samples we did manage to get. The team did a fantastic job working together and staying safe and getting the job done. 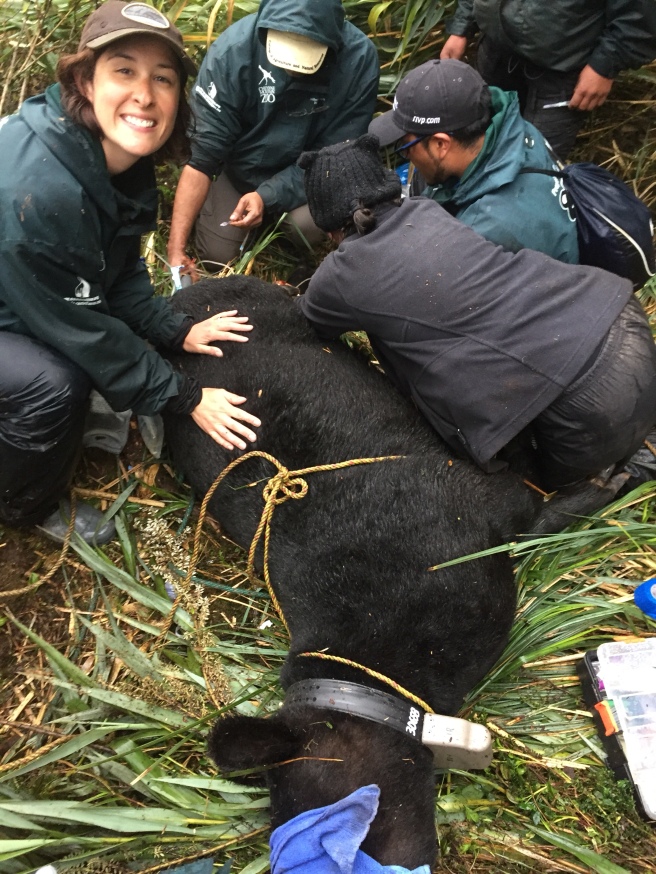 We got the call that we had a tapir pretty late in the day that day and it was already getting dark when Ñapi had recovered and we were ready to hike back to the road. However, we couldn’t leave the same way we got there (there was no physical way I could climb that cliff I had been lowered down with a heavy pack on.) So one of our trackers began to lead us back while some of the others stayed to keep an eye on Ñapi. We were so exhausted after such a physically demanding hike and capture and were soaking wet in the rain and freezing. Our awesome trackers found some makeshift shelter and built us a fire to warm up before our trek back home. They made us laugh while they dried off their pants. 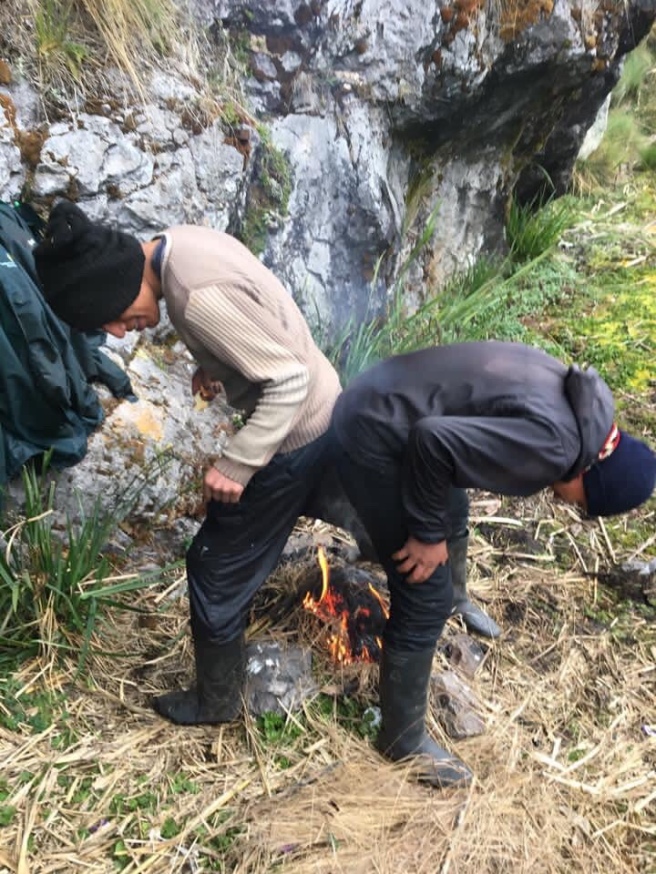 We warmed up and began to hike back. Well, the paramo region of the Andes is massive and it can be hard for even a seasoned tracker to find his way sometimes and we got lost. Then, it got dark. Let me tell ya, a cold, exhausted, lost, hungry Michelle isn’t a very happy camper. At one point I got my feet stuck in some branches and just didn’t have the strength to pull my legs out and just started crying. Thank God Joanna was there to hug me and pull my legs out for me and keep my spirits up. Finally, we found the road, but there was about a 15 foot drop to reach it and it was the ultimate ending to have to slide down a mudslide near a waterfall in pitch black riding on nothing but hope that you don’t hit a rock or end up in the water. I have never been so relieved to find a man-made road. 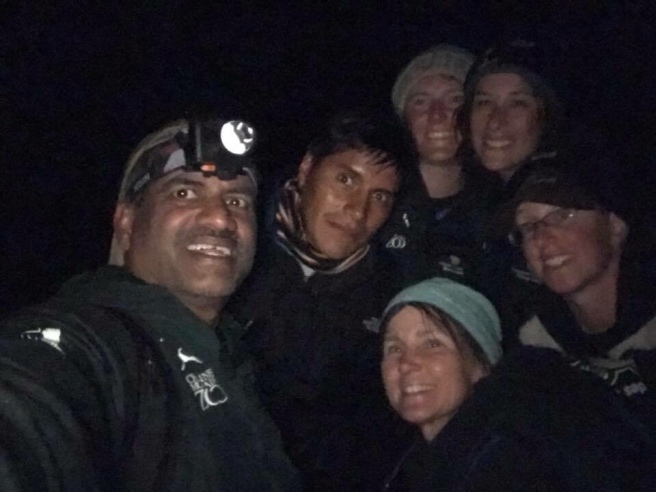 We walked until we could get a bar of cell service and called Armando to come find us and pick us up. It was, without exaggeration, one of the most challenging days of my life. I was so happy to finally get back to the hostel and snuggle my little Hector before sleeping harder than I ever have in my life. 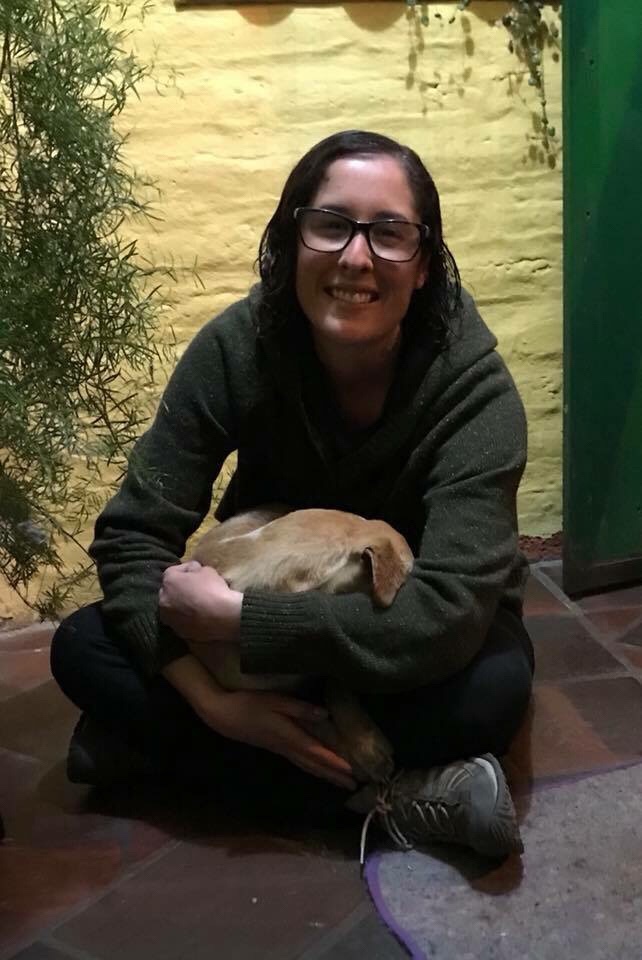 Ñapi was the last tapir we found even though we went out into the field several more times. Our last day was bittersweet. Watching the trackers and dogs walking back to the trucks for the last time was very impactful for me. 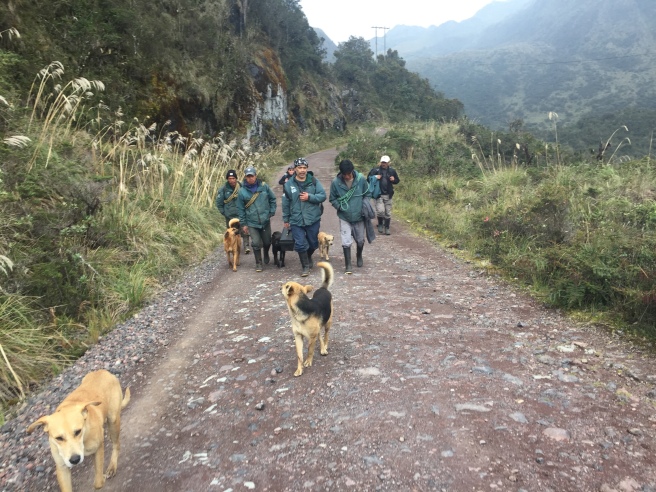 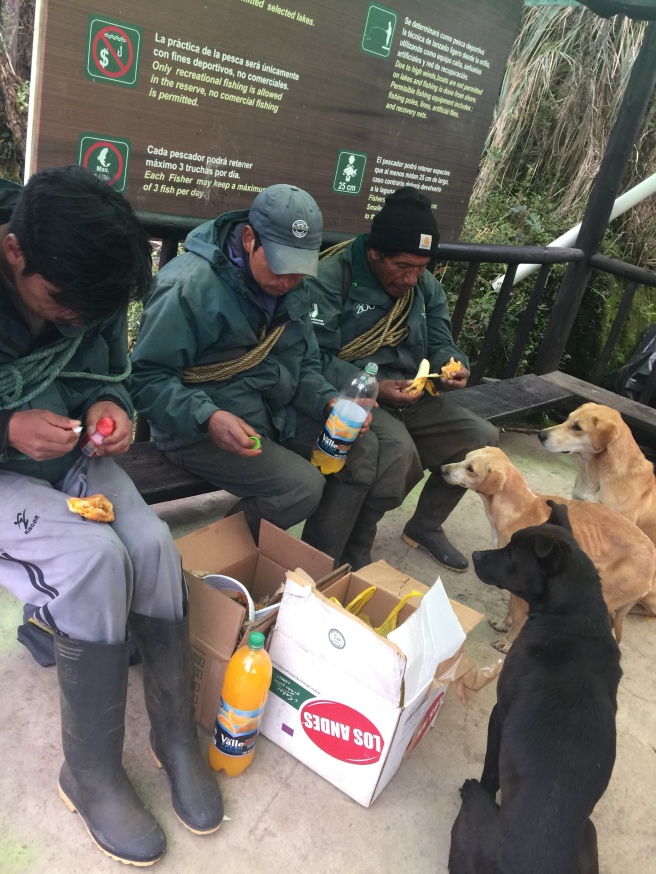 I want to recap a couple more of the fun touristy things we did another time, but this was the end of our field work. I’m sure I’ve said it before, but I felt so incredibly blessed and lucky to be part of such incredible work with such a unique species as mountain tapirs. I hope someday I can go back and further this important work. 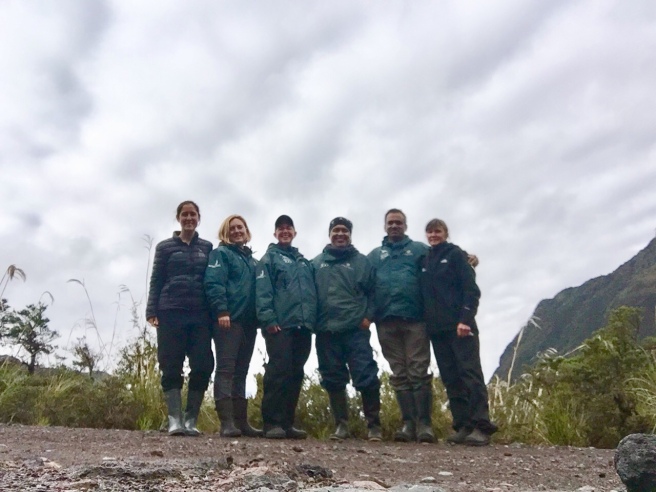 On a closer to home note, I am officially moved!! This week has been insane and I am exhausted, but we are all moved and I’m officially a resident of Colorado Springs! It’s about time I moved closer to work. The zoo I work at is in Colorado Springs and I was commuting 3 hours round trip everyday from Denver for over three years! The pups are enjoying checking out the new digs.

I hope you had a wonderful weekend and are feeling fresh for the week ahead!

What was the best part of your weekend?

One thought on “The final tapir!”